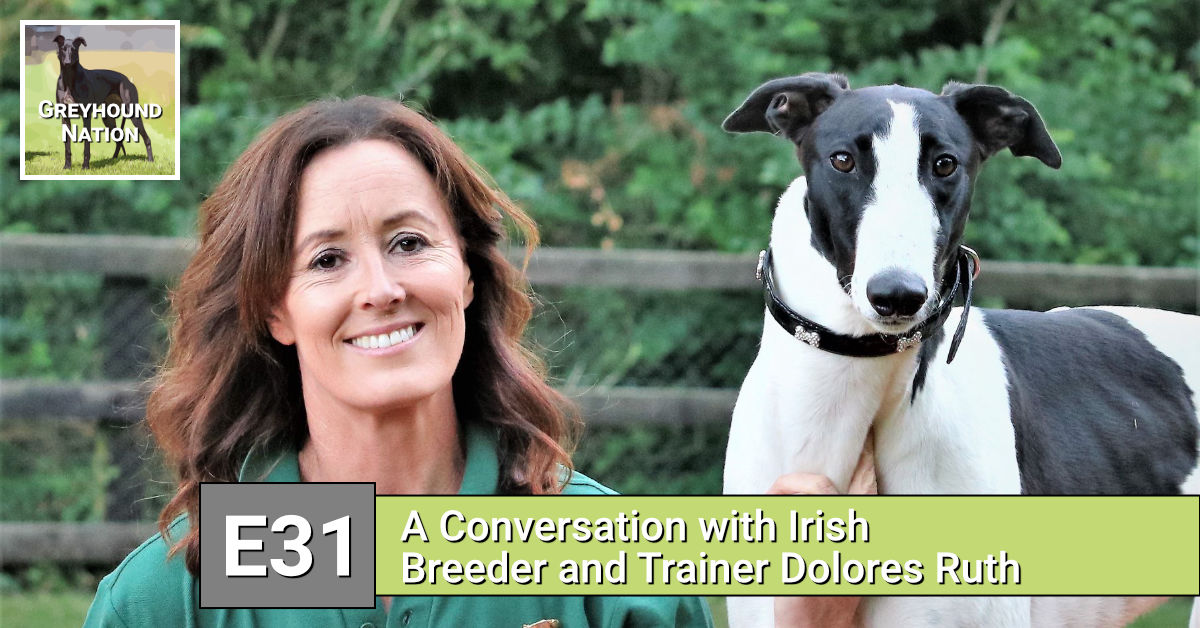 “He definitely had a huge, big heart. He just had that will to win…”

Razldazl Billy’s career is, to date, the pinnacle of Dolores’ career in breeding and training, but he’s not the only highlight. Dolores grew up in a racing Greyhound family. She recalls fond memories of feeding her father’s Greyhounds Weetabix, milk and scrambled eggs and walking their family’s Greyhounds in Dublin’s Phoenix Park.

When her father became ill in her late teens, Dolores would take the reins of the family Greyhound business. In the early 1990s, she would come into her own as an independent Greyhound trainer. After Razldazl Billy won the Irish Greyhound Derby in 2006, she transitioned from trainer to breeder. The Razldazl bloodline continues to this day.

In this episode, host John Parker and Dolores explore not only Razldazl Billy’s career, but some of the many other Greyhounds that have made a mark in the Irish racing Greyhound world. It’s an entertaining exploration of some of the biggest Greyhound names in the sport and the breeder and trainer that helped share them with the world.

The Greatest of Coursing