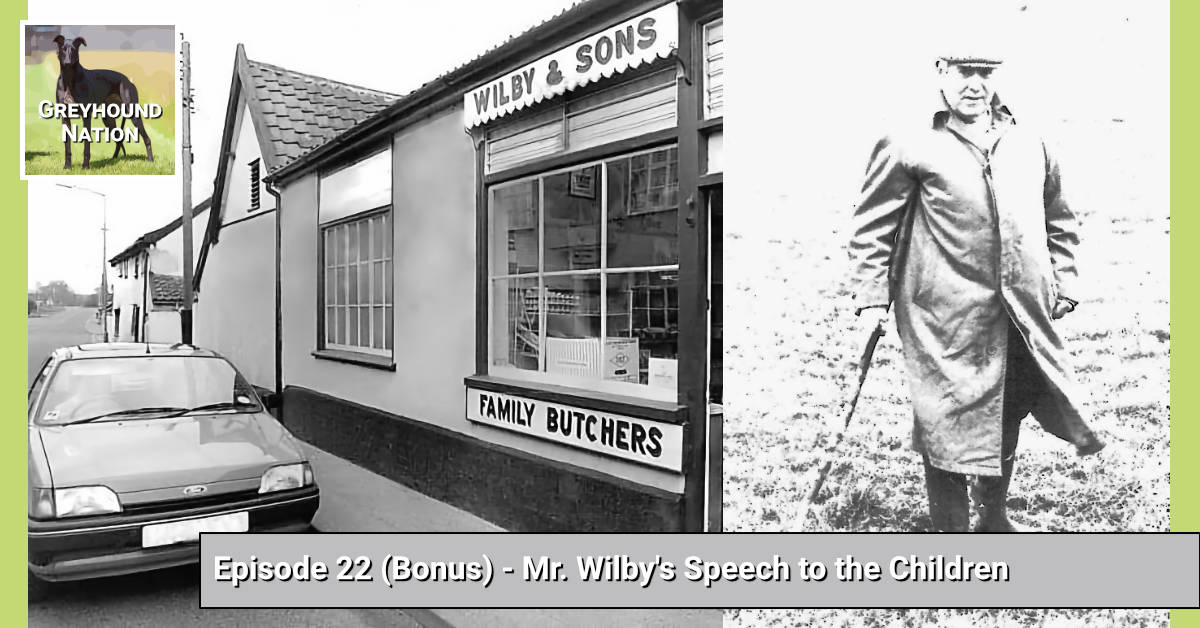 “I hope you children will have happy memories of today.”

Our first bonus episode revisits our conversation with Charlie Blanning and Sir Mark Prescott in Episode 12: The Greatest of Coursing. In that episode, Sir Mark shared an anecdote about a butcher from Norfolk — Charlie Wilby — who would bring his Greyhounds to coursing meetings. He was also known for sharing choice cuts of beef with volunteers at those meetings.

In 1987, Mr. Wilby asked to give a speech to children attending one such coursing meeting. He spoke with them during breakfast before the day’s events. During the speech, he shared his love of coursing, Greyhounds, and people at the event. He wished for the children to have the same enjoyment he got from the sport.

In this episode, Charlie Blanning gives a reading of this very speech, a copy of which was provided by Sir Mark. The message rings true some thirty plus years later. Greyhound sports will only continue to thrive with new generations of volunteers, competitors and enthusiasts.

Amateur Racing for Your Greyhound